You are here: Home / Festivals & Fairs / A First-Timers Visit to King Richard’s Faire 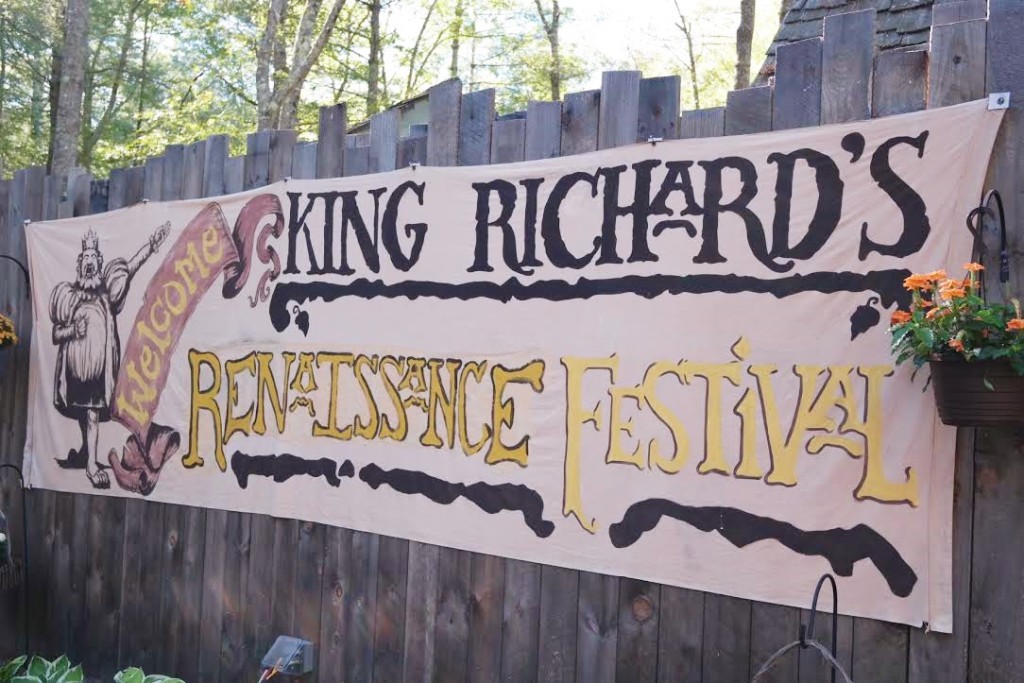 Special thanks to King Richard’s Faire for providing tickets for giveaways and for my family as well. Also to Amy D. for doing this great guest post on her first visit to the faire!

I’m a noob to the Renaissance Faire, but one thing I quickly realized is how hard it is to tell apart the people entering the gates as paying visitors, from those already inside at a regular day at work. In addition to the normal Faire attire, were those with the nontraditional G.O.T flair; members of the Knight’s Watch guarded the realm, a disabled man in a wheelchair was transformed into a king sitting on the Iron Throne, even a dire wolf lurked the beaten paths. 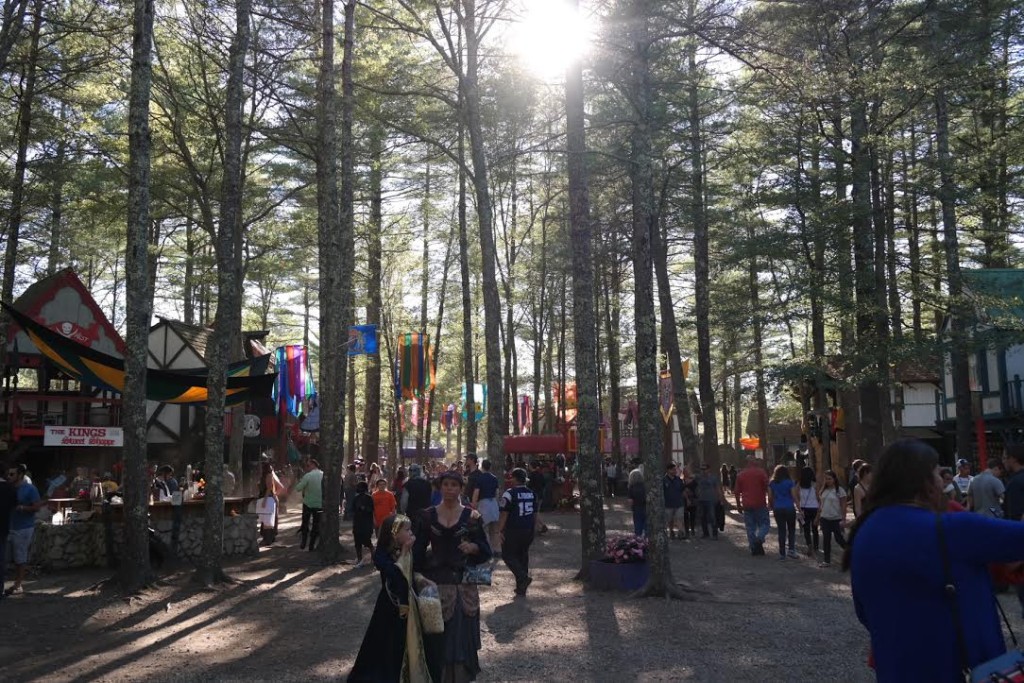 Upon entering the gates, I was instantly transported to a mythical, vibrant land where nearly all of my senses were appeased. Beautiful dialect and various instrument chords gently filled the air on this breezy autumn day, the aroma of freshly made bread was very inviting, and the sights! My eyes raced frantically, unable to find one thing to focus on. Walking inside the castle walls is like walking across a stage during a live play where the performers react to you, whether you’re in costume or not. 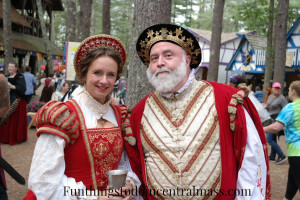 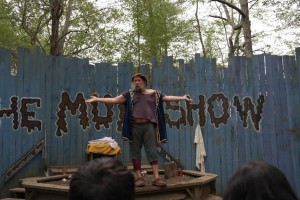 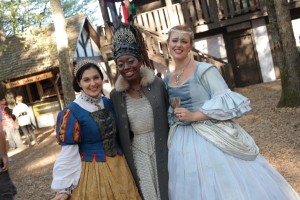 Like any seasoned tourists, we used our trusty map to guide us through this unchartered territory and create a working itinerary. Some of the hardest decisions were which of the shows to see.

I decided the “Great Cats of the World Show” was a must, so my partner and I sauntered to the Tiger Stage to check out some sights and the seating arrangements. The show was very up close and personal, unlike any animal performance I have ever seen. 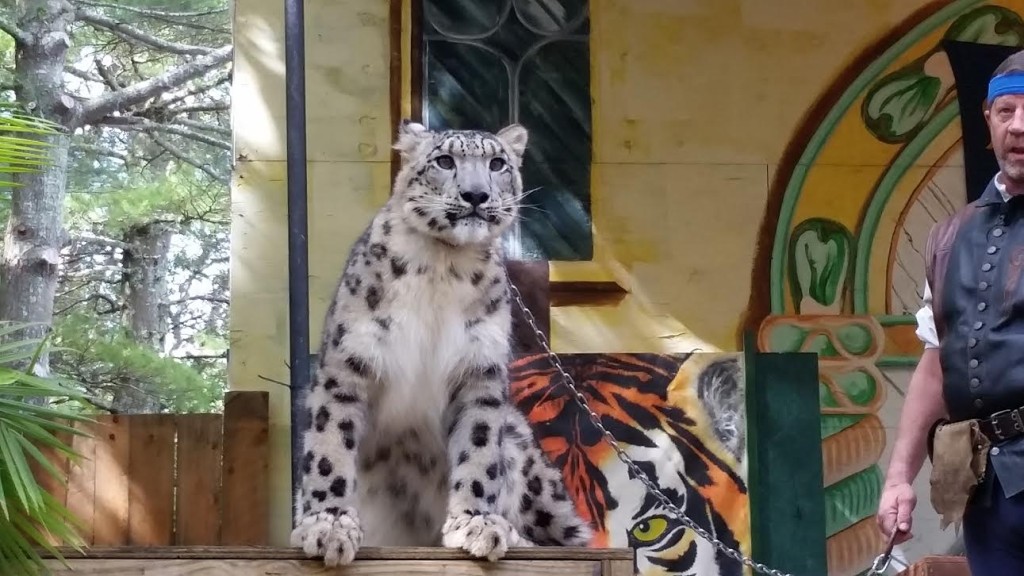 We then journeyed to Hell’s Mouth for the “Torture Show,” where we belly laughed at the jokes and sometimes uncomfortably laughed our way through the one man self-inflicted pain show. From there we ventured to the Mud Pitt for some cheap and sleazy laughs during the “Mud Show.”If you plan on attending the scheduled performances throughout the day, be sure to arrive early as seating is limited. We arrived on time for a few shows, and were immediately able to immerse ourselves into the entertainment. The performances are funny and entertaining, around every corner is a stage with a fun filled show. 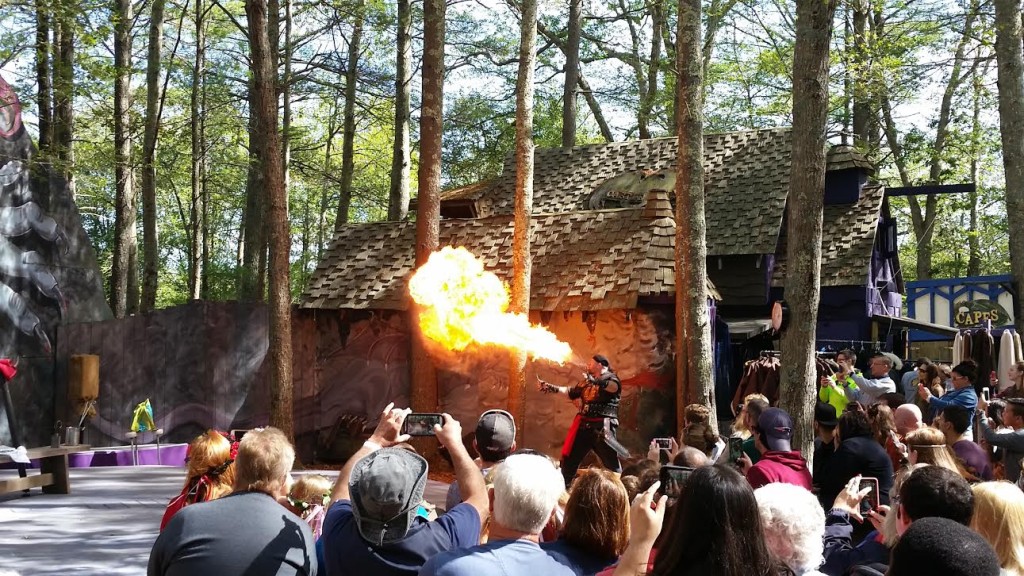 So we continued on, and nibbled on crisp, delicious cukes from the Perky Pickle, and browsed through trinket, costume and weaponry shops. We decided to end our day roaming aimlessly about doing some ole fashioned people watching while we sipped ale and mead.

Needless to say, King Richard’s Faire was a day I will never forget and hope to relive and share with my queendom (this time in full costume of course). And who knows? Maybe I’ll be one of the smiling faces you’ll see on your first visit.

Enter to WIN a Family 4 pack of tickets to King Richard’s Faire!