For the second year in a row, Blue Man Group Boston will join Christmas in the City to provide some holiday magic to those less fortunate. The Boston-based organization, started by Jake and Sparky Kennedy, provides a one-of-a-kind holiday party each year which includes lunch, an indoor carnival and presents for thousands of homeless families from across the Greater Boston area. 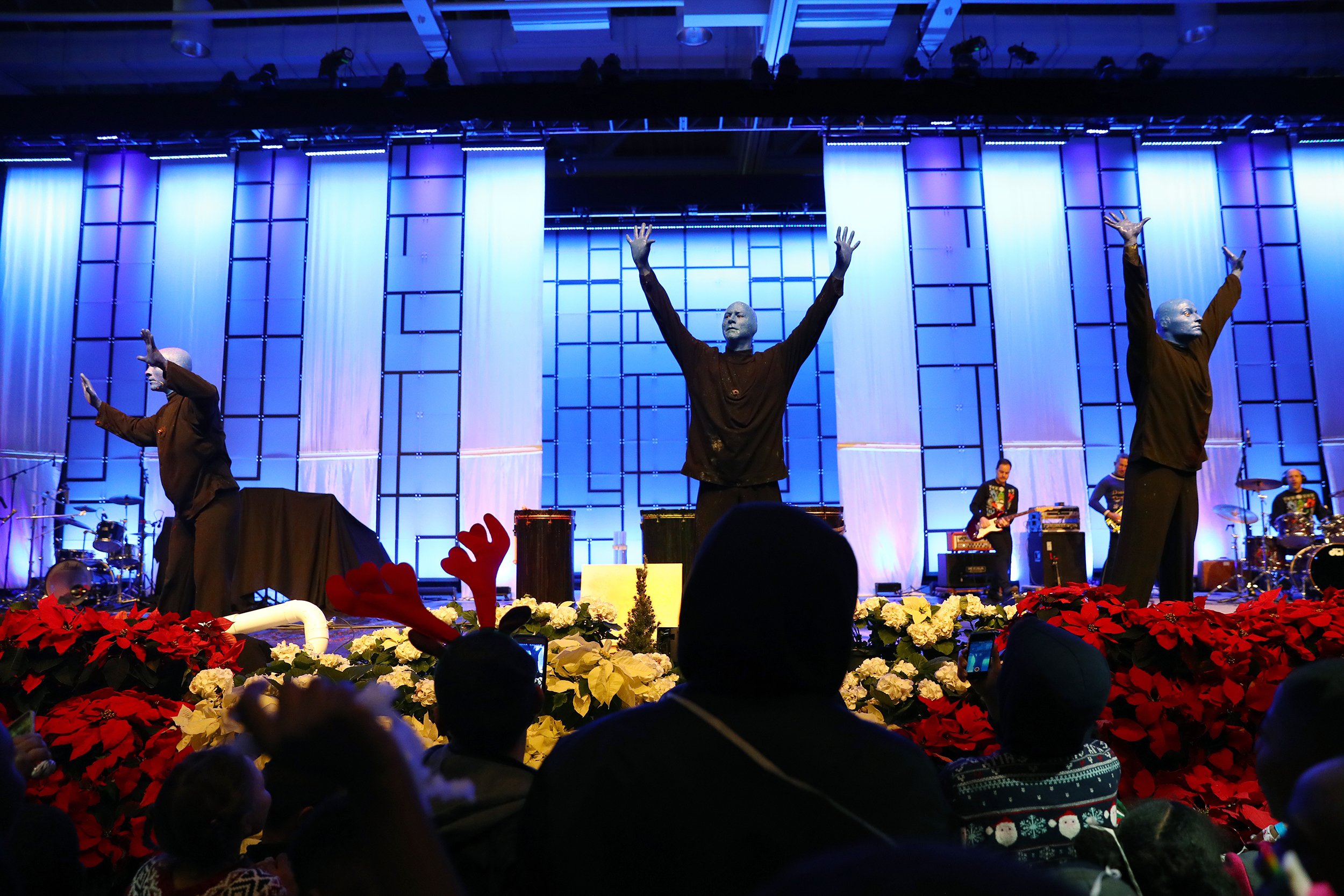 Blue Man Group Boston will do a special live performance at the December 16thevent at the Boston Convention & Exhibition Center for the families, many of whom have never seen a live theatrical show. In addition, Blue Man Group Boston will be donating proceeds from their Thanksgiving through New Year’s Eve post-show collection to Christmas in the City and staff members will be volunteering to help distribute gifts to the families.

“In 28 years of hosting these courageous families, we have never had such a thrilling, and awe-inspiring moment on stage as when Blue Man Group performed,” said Jake Kennedy, founder of Christmas in the City. “The looks on the kids, parents and volunteer’s faces were heartwarming. I will never forget it.”

“The work that Jake and Sparky Kennedy do for our city’s homeless population is extraordinary,” said Jonathan Screnci, Blue Man Group Boston Resident General Manager. “We were very moved by the gratitude and generosity of everyone at last year’s event and knew we had to be involved again in a bigger way.”

In addition to the Christmas in the City holiday party, the organization hosts a Winter Wonderland event at the Boston Convention and Exhibition Center featuring their indoor carnival that is open to the public on Saturday, December 15 from 11 am- 4 pm. Tickets are $20 and proceeds benefit Christmas in the City and their year-round efforts. For more information and to buy tickets, check out their website at https://bit.ly/2KTVf89.