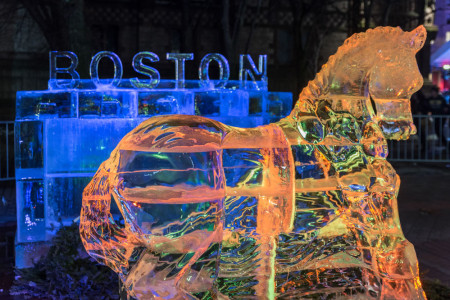 The Countdown to Boston’s Best Weekend of Entertainment

Boston, MA- December 28, 2016 – First Night First Day, in partnership with the City of Boston, ushers in the new year in spectacular fashion with a joyous celebration of arts, culture and family-friendly activities on December 31, 2016, and January 1, 2017. Again this year, all events are completely free and open to the public. The two-day celebration starts on December 31 at noon on Copley Square with an exciting array of family entertainment, followed by the Grand Procession at 6pm and family fireworks on the Boston Common courtesy of the Mugar Foundation at 7pm. The magical evening culminates with the highly anticipated “Copley Countdown,” presented by City of Boston Credit Union,  a multi-sensory display of live music, dazzling light show and pyrotechnics in Copley Square.

“First Night in Boston is a long-standing tradition and special celebration that brings together thousands of residents and visitors to ring in the New Year,” said Mayor Walsh. “These festivities help foster the spirit of community and offer us a moment to reflect upon our progress over the past year, while welcoming more opportunities for continued success in the coming year. I look forward to another fun and successful celebration as we look ahead to 2017.”

This year Boston’s First Night festivities will be broadcast live in their entirety for the first time in the event’s history. New England viewers will have a front-row seat to the celebration live from Copley Square and the Boston Common. The telecast will be produced by Countdown NBC Boston, necn, and Telemundo Boston, beginning at 6pm and running through 12:30am on necn and Countdown NBC Boston, with a simulcast of the night also airing on CSN New England. Telemundo Boston will broadcast live from Copley Square beginning at 11pm. The unprecedented 6.5 hours of local coverage, in celebration of NBC Boston’s launch on January 1, will include live event highlights, interviews with some of Boston’s most familiar faces and conclude with the famous countdown to 2017.

“The First Night First Day 2017 festivities highlight Boston’s rich diversity and creativity,” said Dusty Rhodes, president of Conventures Inc., Boston’s leading communications and event management agency, which produces and manages First Night without compensation. “This year’s line-up of artists and entertainers would not happen without the invaluable contributions of our sponsors and individual supporters and we thank them for helping us bring the vision to life. Because of their generosity, it’s sure to be the best First Night ever,” Rhodes added.

The diverse entertainment program will get underway at noon on December 31, 2016 in Copley Square and continue throughout the day and evening with a robust line-up of local performers, including Chinese lion dancers, live bands, and DJs. The event’s popular ice sculpture gallery will also populate Copley Square, and the surrounding Back Bay area. Should guests need a place to warm-up, the Boston Public Library’s Central Library will offer fun and educational activities such as magic shows, face painting and exhibitions to explore throughout the afternoon. The Old South Church will captivate audiences throughout the day with performances from “Meet the King of Instruments” and Boston’s “Best of Brass, Pipes and Pops”. Spectators may make their way to the Boston Common by following the annual “People’s Procession” which begins in Copley Square at 6:00pm and processes to Boston Common for the Family Fireworks show produced by the City of Boston and the Mugar Foundation. The six hours of evening festivities will conclude at Copley Square with the “Copley Countdown” to midnight, featuring a spectacular pyrotechnic and light display above the Fairmont Copley Plaza Hotel.

Also new this year, First Night enthusiasts have a unique opportunity to help keep the tradition alive and thriving. Through the First Night Donation Sweepstakes, contributors may enter to win a First Weekend Celebration Extravaganza, which includes two tickets to the New Year’s Eve Matinee Boston Pops concert entitled Back to the Future, a screening of the iconic film on a giant screen while the orchestra plays the original score, lunch at Cheers, dinner at Brasserie Jo, overnight accommodations on New Year’s Eve at The Colonnade Hotel, followed by brunch at Towne Stove and Spirits. New Englanders (18+) may enter the sweepstakes through December 12th (and see Official Rules) by visiting http://www.firstnightboston.org/sweepstakes/.

Please note that the midnight Boston Harbor fireworks have been relocated to the Copley Countdown in Copley Square. For more information on First Night First Day Boston 2017 please visit www.FirstNightBoston.org or follow us on Facebook, @FirstNight onTwitter, @firstnightboston on Instagram, or follow the conversation using #FirstNightBoston.

First Night Boston is a 501 (C) (3) non-profit organization that funds the annual New Year’s Eve celebration in the city of Boston. Called First Night First Day, the two-day, city-wide celebration features family-friendly traditions such as a parade down Boylston Street; maritime legend-inspired ice sculptures; performances from local musicians and artists, Boston Public Library’s new Shakespeare Unauthorized exhibit; and of course, the highly anticipated “Copley Countdown” to the New Year, that kicks off the much anticipated spectacular midnightpyrotechnic show. All First Night First Day Boston activities are free and open to the public. For more information and a list of events, visit  www.firstnightboston.org.

First Night First Day Boston is produced and managed by Conventures Inc., New England’s premier special events and communications agency, focused on integrated event management, public relations, and marketing. Based in Boston, Massachusetts, Conventures has managed notable area events for more than four decades and has been the driving force behind the area’s most memorable and high-profile public events and celebrations, including Sail Boston and Boston Harborfest. For more information, visit us at www.Conventures.com. 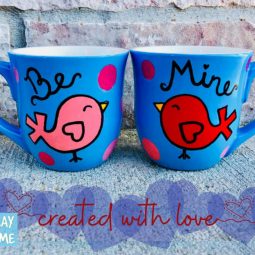